Optical neural stimulation has become well established in neuroscience. Optogenetics is the most representative example. However, this technology requires genetic modification which can be a concern of long-term toxicity and stability in brain, and has limited applicability to human clinical trial. As an alternative method, various non-genetic biophysical mechanisms have been explored for the last decade. Photothermal stimulation using thermo-plasmonic effect of gold nanotransducers is a great example. Several neural engineers including Prof. Yoonkey Nam at KAIST have suggested gold nanoparticles can be an effective choice for successful neural stimulation when integrated near infrared light. Localized heat generation upon light illumination by thermo-plasmonic effect is understood to be able to control some of thermo-sensitive ion channels that are involved in action potential generation. 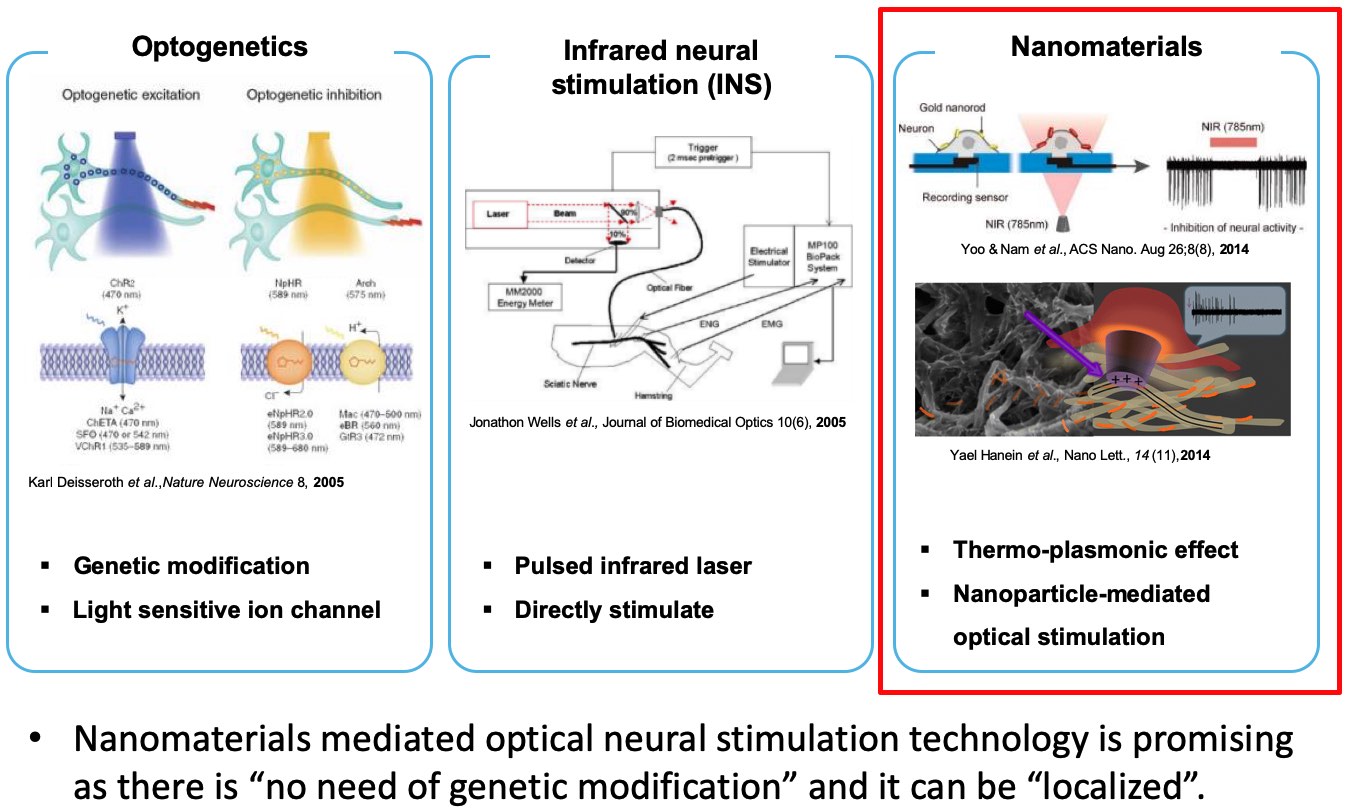 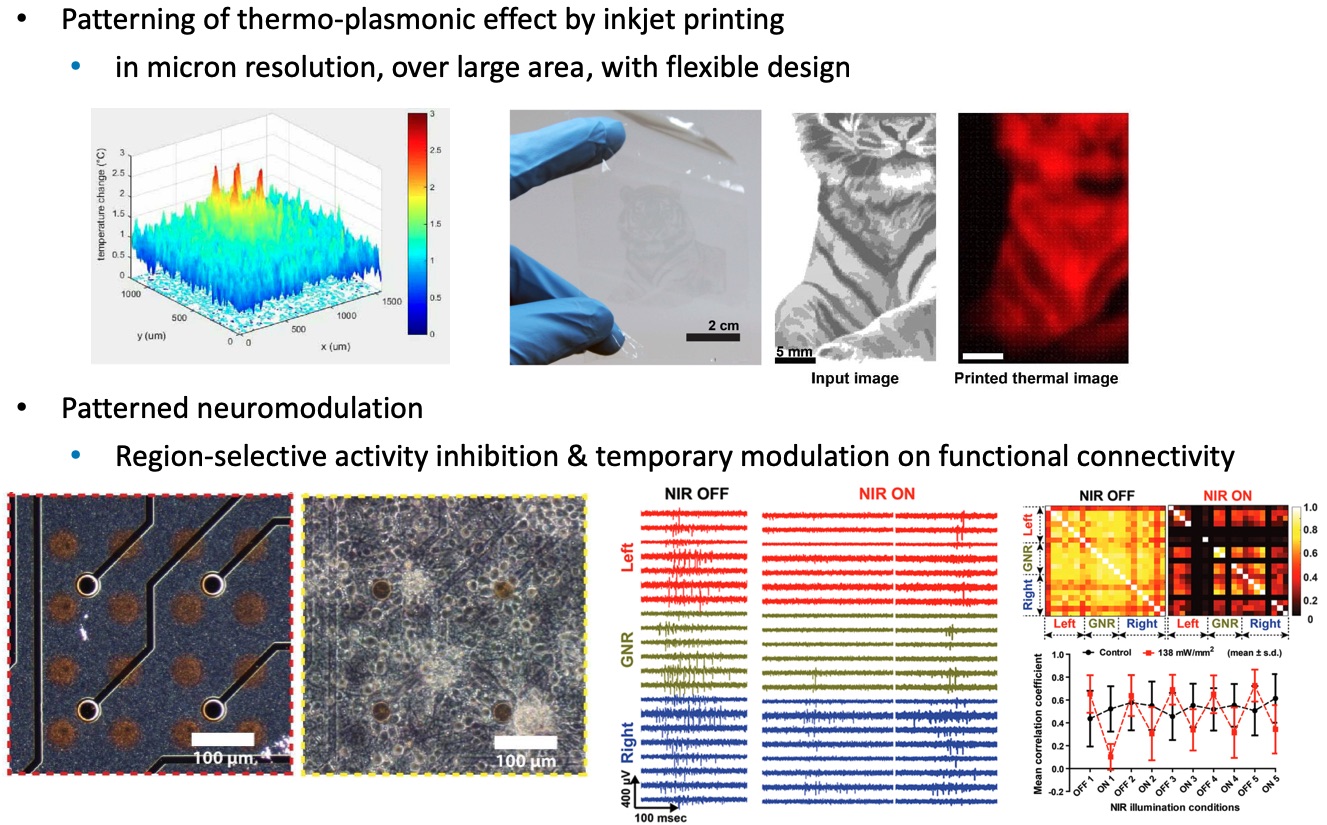 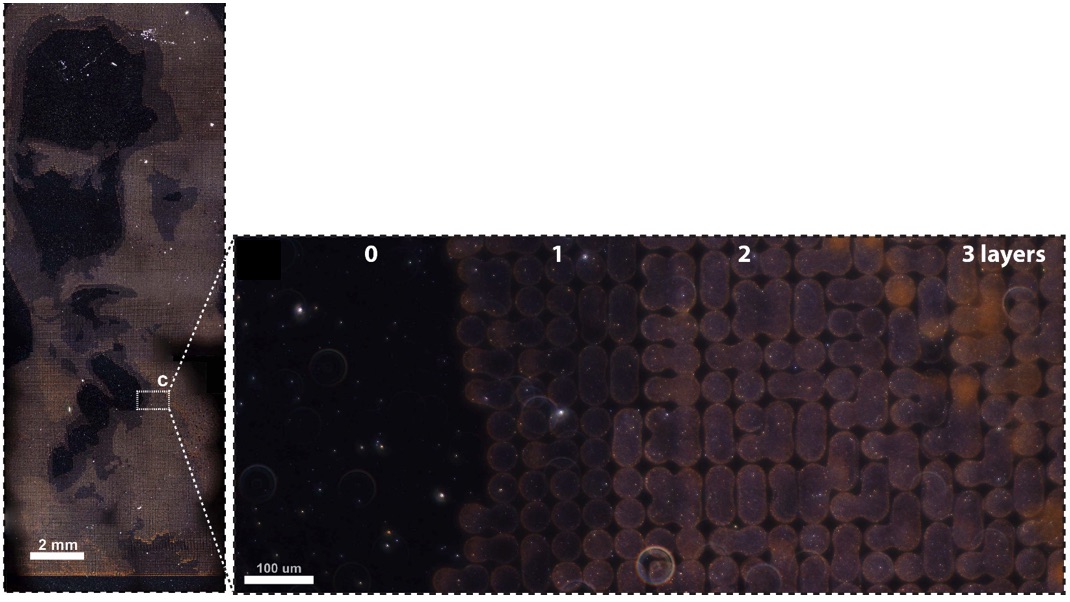 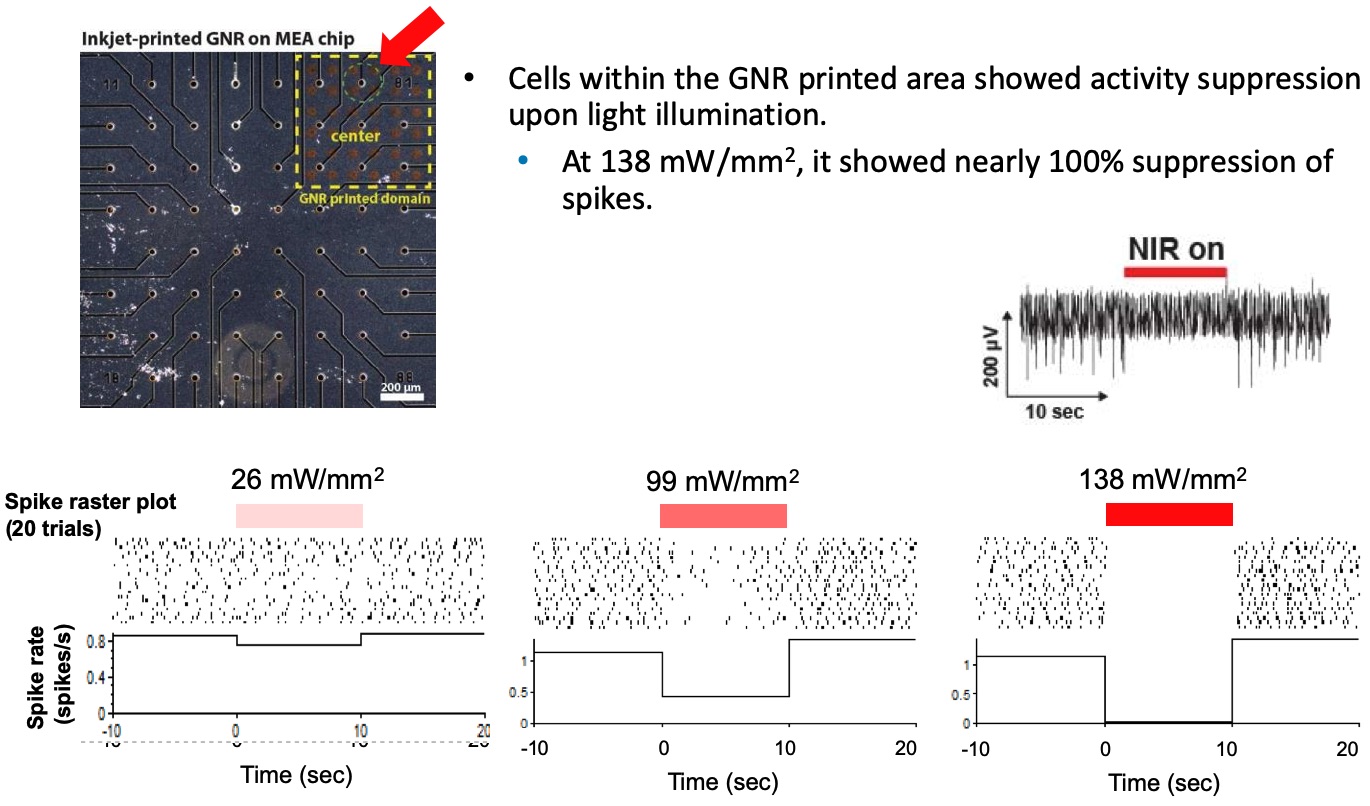 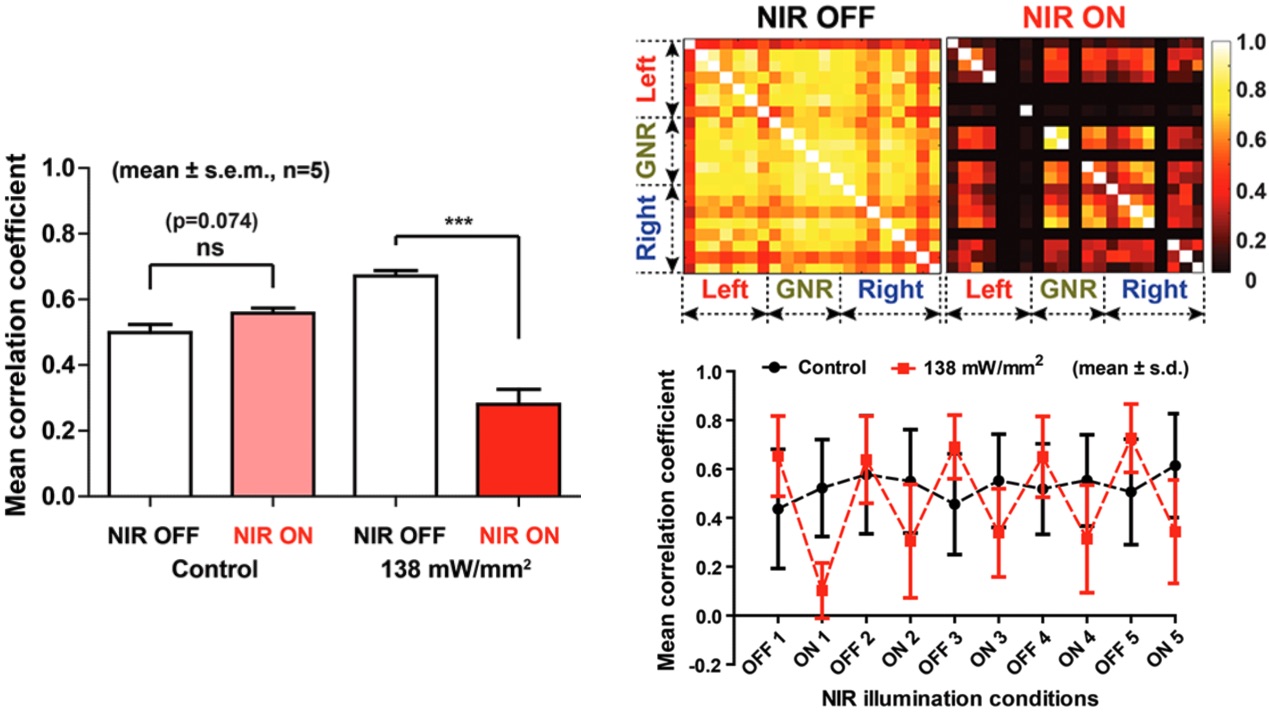 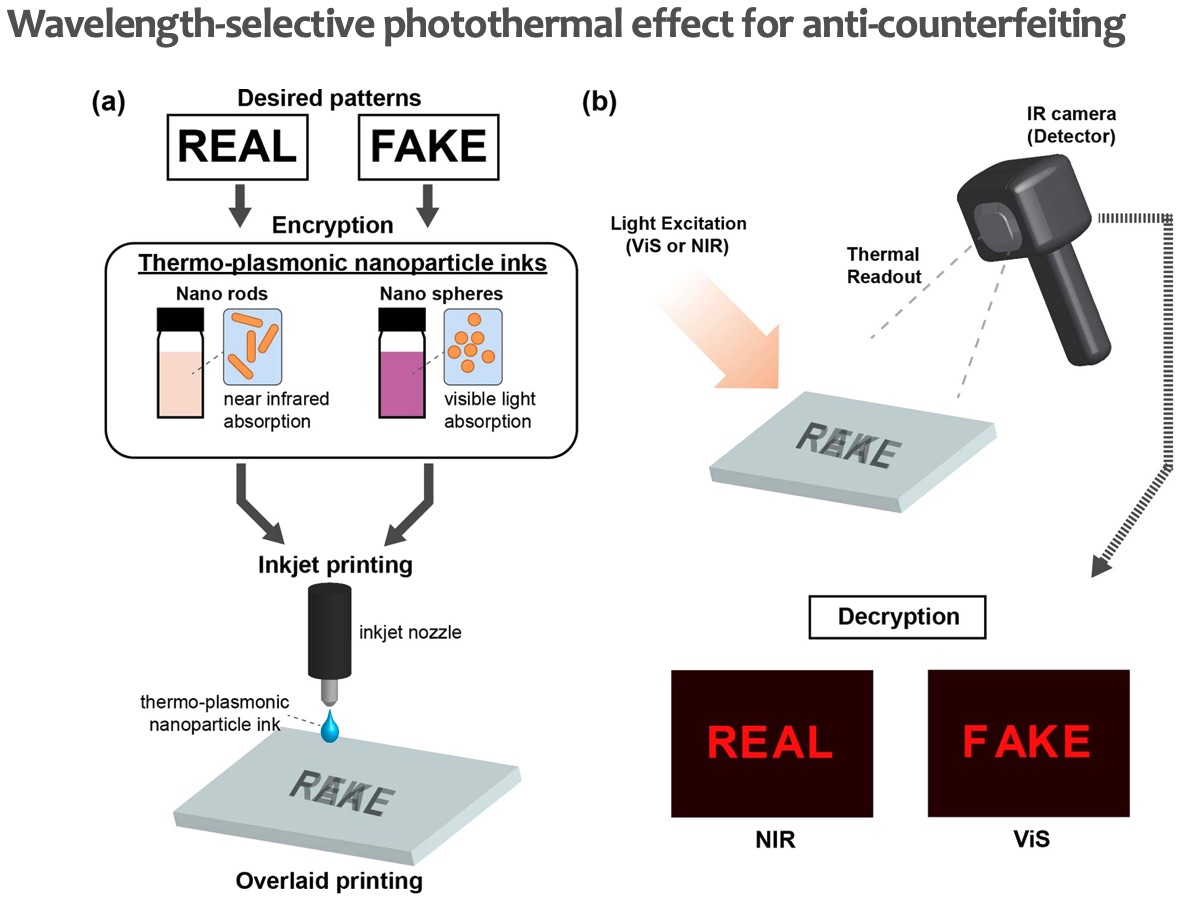 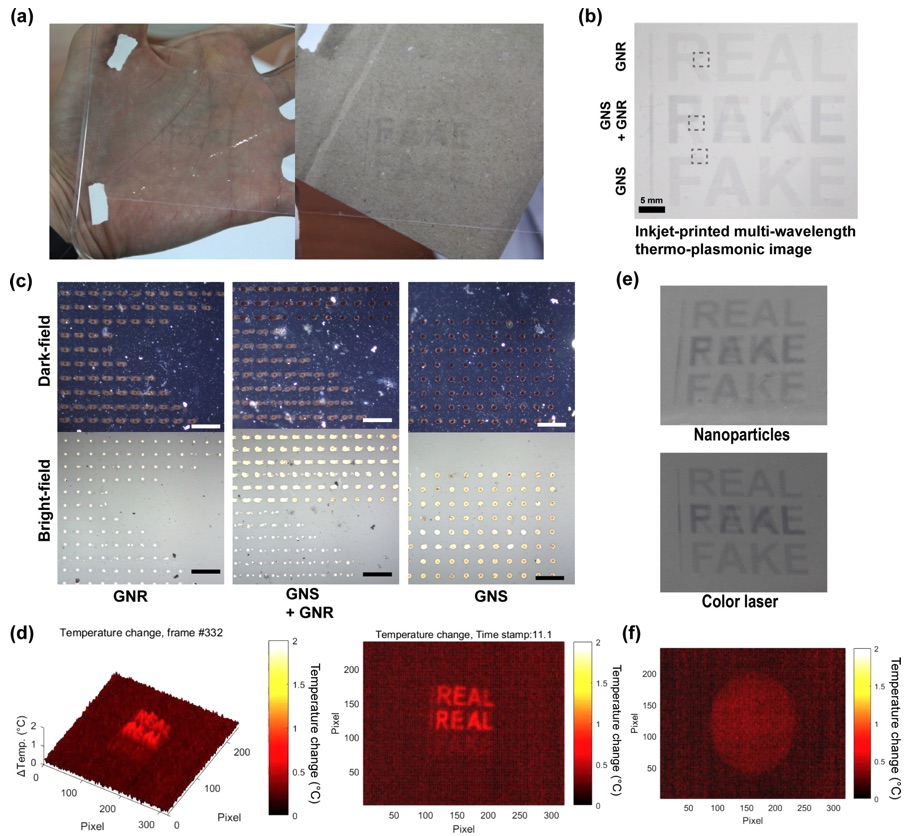